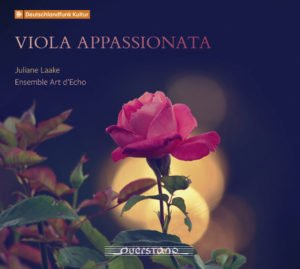 Nothing has inspired composers through the ages more than love. Whether the object of adoration is the Virgin Mary or the lovely girl round the corner, it’s always been love that gives rise to the most splendid works, in music as in the other arts.

In the16th century the most frequent vehicle for the musical expression of love was the madrigal. Some madrigals, works of the highest art yet with immediate appeal, became extremely popular – everyone knew them, everyone loved them. Almost a century after they were written, other composers were still making highly virtuosic and ambitious arrangements of them. Now you can experience these touching Renaissance love songs and their sensuous virtuoso arrangements in enchanting settings for viola da gamba and harp.