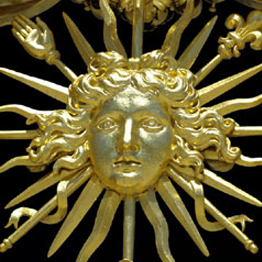 An evening of chamber music at the Court of Versailles – with works by Marin Marais, Monsieur de Ste. Colombe, Antoine Forqueray and others

Imagine that His Majesty invites you to a special soirée with the best musicians and music imaginable and that only he can afford, he towards whom all European courts are oriented.

The young Marin Marais, too, placed himself and his viol at the king’s disposal, and his music embraces all the dreams, tender dalliance and also all the intrigues that were part and parcel of daily and nightly life in that society. His old teacher, Monsieur de Sainte Colombe, had warned him of the machinations of the inner power circle, but his ambitious pupil knew better and wished to seek his fortune everywhere – in which he succeeded until he, who played the viol like an angel, encountered the virtuoso devil Antoine Forqueray. The tears that then flowed and the curses that were uttered, make quite a story – for which our musical evening has insufficient time.

But the music speaks, with few words, of hope, despair, love, hate, envy and resignation. Now you have the chance to experience how this elaborate, noble baroque music can still touch and enchant, centuries later!